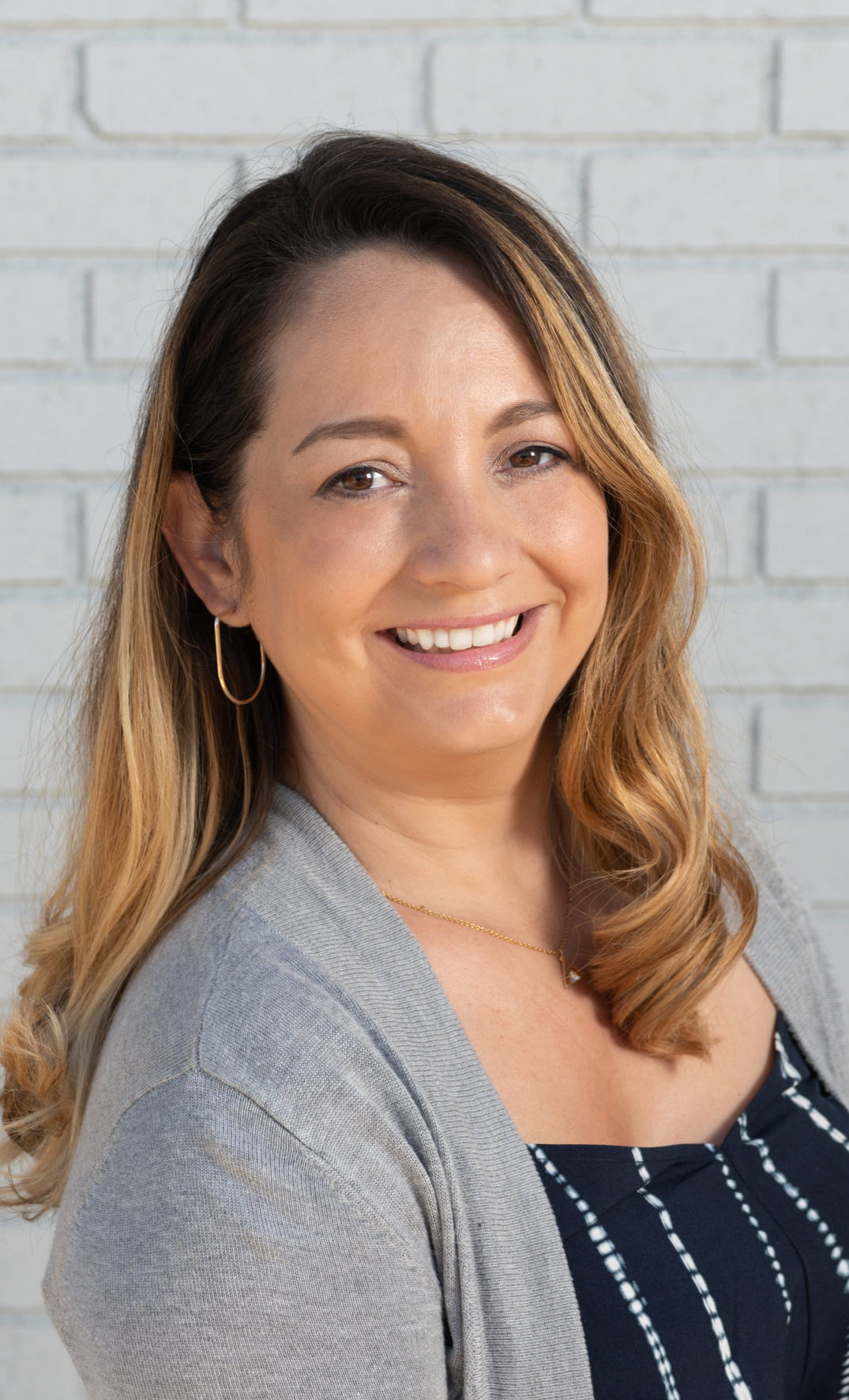 Director of Marketing and Community Outreach Linda Martins was born and raised in Ludlow, Massachusetts, but her family immigrated from Portugal before she was born. The first language she learned was Portuguese. At Ludlow High School, Linda and was very involved in extracurriculars like writing for the school paper, yearbook and serving in the student government where she successfully helped bring back homecoming, which she credits for her current love of project management and event planning. Linda graduated from Westfield State University with a degree in Graphic Design, finishing her last two years while working full-time and going to school at night. While in college, Linda married her husband Gene and they are now going on 19 years of marriage.

Linda’s first taste of professional success came in college, where she worked for Tyco Medical Supplies in the call center and was quickly promoted to team lead at just 21 years old. Upon graduating, Linda took a job with Concentra Medical Center working in sales and running education seminars for companies on Workers Comp. The year she was married Linda’s father had a stroke, prompting her to take a job that was near and dear to her heart at the American Heart Association, where she worked as the Director of Development in Western Massachusetts. She enjoyed putting on events like Heart Walks, Heart Balls and the Go Red For Women luncheon, doing work within the community to raise money for the AHA. During her time in this role, Linda helped raise substantial donations for the organization through large corporate donations and events.

After her husband took a job with Apple, Linda and her family moved down to Florida where she continued her work with the AHA in West Palm Beach. One of her favorite work memories was getting to meet all of the eccentric Palm Beachers. In 2013, Gene earned the opportunity to open the very first Apple store in South America, so the family packed up shop and moved to Rio De Janeiro, Brazil. Unable to work due to her tourist visa, Linda volunteered daily at the American School of Rio De Janeiro, where her son Dominic attended school. Linda worked as the PTA president of the school, which was assembled almost entirely of expats, and Dominic got the experience of making friends with children from all over the world. After Gene completed the project in Rio, Linda and her family moved back to Western Massachusetts where Linda started working as Project Coordinator at Gibraltar Ventures. When Prudential absorbed Gibraltar Ventures, Linda was 7 months pregnant with her daughter Addison. With Gene’s extensive travel for work and with a son already at home, Linda knew that it wasn’t realistic to travel back and forth from Hartford every day, landing her here at Pioneer Valley Financial Group where she is able to work and spend time with her family.

During their free time, Linda and Gene do as much as they can to get involved with activities with their kids.  Linda volunteers at the school as a member of the PTA and the Book Fair Co-Chairperson for the elementary schools in Ludlow. At just 5 years old, Addison runs the house and has no problem keeping up with Dominic. Linda and her family love to travel, and try to see a different country every year, most recently getting to visit Aruba. The fifth and sixth members of the Martins family are their beloved dogs Manuela Maria DeBarra Martins known for short as Nella, that they brought home from Brazil and their very playful Boston Terrier, Rocco Roland.