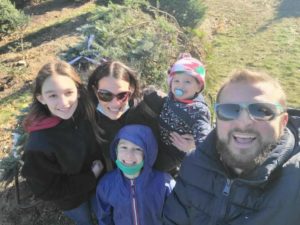 P.J. Gagne grew up in South Hadley, MA with his parents and five older sisters. As a child, P.J. enjoyed playing sports and spending time outside swimming, fishing, and camping with his family. His father owned a package store, Gagne’s Package Store, that was in the family for more than 40 years. P.J. and his sisters all worked at the family business growing up. P.J. also worked in construction during school breaks throughout high school and college.

P.J. attended college at Fairfield University in Fairfield, Connecticut, where he became interested in finance. He graduated with a Bachelor’s Degree in Economics in 2007, and began his career in the finance industry working with Commonwealth Financial Network. During his eleven years at Commonwealth, P.J. held multiple roles within the new accounts department, and worked as a Practice Management Consultant helping advisors with their most pertinent business issues. He also obtained his Series 7 and Series 66 registrations through Commonwealth Financial NetworkⓇ, while gaining strong industry and product knowledge. In 2019, P.J. joined MassMutual as an Advisor Transition Support Consultant. During his time at MassMutual, P.J. gained more experience within the financial service industry and had the opportunity to construct portfolios. 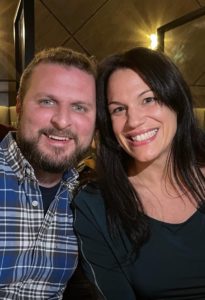 P.J.’s desire to learn more about financial planning led him to his current role at PV Financial, a firm in which he personally feels upholds the service levels and values instilled in him during his time working at Commonwealth. He is excited to work with the PV team while continuing to learn more about the industry and grow professionally.

Outside of the office, P.J. spends as much time as he can with his wife, Jess and their children, Joey, Mae and Jake. As a family, they enjoy going to the park, apple and pumpkin picking in the fall, and making visits to see friends and family. Each summer, they vacation to the beaches of Cape Cod. In his free time, P.J. likes to hike, camp, cook, golf, sample craft beers, and work on home improvement projects. He is also a talented guitarist and singer and will sometimes even perform at local open mic nights!